Last year during the holiday season it was selling like hotcake but the person who came up with the idea seems not to be getting a lot of money from their invention. The hoverboard has taken the world by storm but to its inventor, it is life as usual.

Chen is the man who developed and patented the hoverboard design in his lab on the US west coast four years ago. With its two wheels, the “hoverboard” doesn’t quite match up to the promise of its namesake in Back to the Future – but that has not put a dent in its popularity.

Hundreds of thousands of hoverboards have been flying off shelves; celebrities have posted videos of themselves riding – and falling – off them. Even a Filipino priest got in on the act – and was promptly suspended for riding one during Christmas Eve mass..

Someone was making lots of money, but it wasn’t Chen. He marketed his design under the brand name Hovertrax, which sold for about $1,000. Cheap imitations, made in Chinese factories, have flooded the market at about one quarter of the cost.

“We only made maybe a few thousand,” Chen said. “I got a report that there are over 11,000 factories making them in China. They made more than a million.”

Chen said that there are many factories in China that are making copy versions of his invention. Could this be the reason why almost very hoverboard is catching fire? Is the quality tampered with?

Jay Whitacre, Professor of Materials Science & Engineering at Carnegie Mellon University, says that the problem doesn’t have to do with these self-balancing scooters themselves, but with the quality of the batteries being used. They’re cheap, and it makes sense: This is a hot (pun not intended) holiday product, the reputable models are pretty expensive, and more-affordable brands are using cheaper components to lure in shoppers that don’t want to spend a grand or more on a hands-free Segway. Predictably, a slew of cut-rate brands are flooding the market with shoddy scooters made from cheapo components.

“There are a lot of factories in China that now make Li-ion batteries, and the reality is that the quality and consistency of these batteries is typically not as good as what is found in top tier producers such as LG or Samsung,” Whitacre says. “These are known as ‘low cost li-ion batteries’ by most in the industry—they are not knockoffs or copies, but are instead just mass-manufactured cells.” 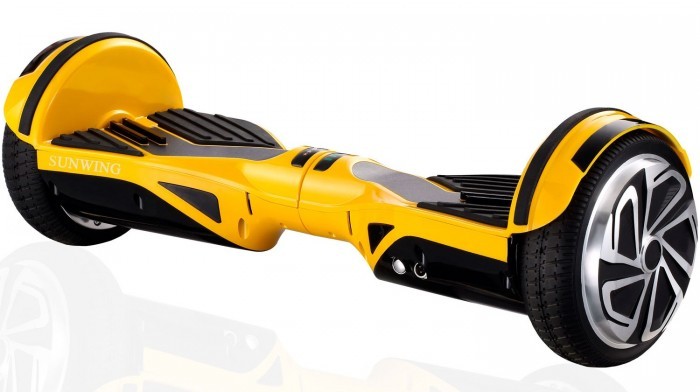 Hoverboard accidents have become so serious that even retailers are advising buyers to dump the boards. Customers will of course be refunded. Many retailers have also stopped selling the tech product.

In an email, the firm told buyers of self-balancing scooters with “non-compliant UK plugs” to dispose of the product at a recycling centre.

Such customers would be automatically refunded within three days, it said.

It comes after Trading Standards seized 15,000 unsafe boards being brought into the UK.

Many had faulty cables, chargers or plugs that could catch fire or explode, it said.

Amazon is understood to have stopped selling the devices. Retailers Argos, John Lewis have also reportedly pulled them from sale.

A Tesco spokesman said: “We’ve suspended the sale of all hoverboards both in store and online as a precautionary measure.”